SCAM LIKELY is a short film that was more or less made by accident.

It was July, and the weather was apocalyptic with temperatures consistently clocking in at over 100 degrees and an Air Quality Index in the red. You know, optimal conditions…

Collin had written a short script for Marc Ewins, that we hoped to film with assistance from our good friends Elliot and Chuck Norton from LowerGentry Studios, but the story largely took place outside, so…. rather than subject ourselves to the elements or just call the whole thing off, we decided to pivot inside and improvise a completely different film around a simple premise:

A guy gets a call from a suspicious number – probably a scam call. Rather than ignore it, he answers, with the intention of messing with the person on the other end. Comedy ensues.

We were finished filming in about four hours, and though there was still the matter of post-production, we all felt upbeat about what we had done.  Even still, at the time, we couldn’t imagine the journey we were about to go on…

SCAM LIKELY premiered at the 2022 edition of Filmfort and a little over a week later, also screened at the Sun Valley Film Festival. It received enthusiastic responses from both audiences, and we came away feeling energized by both experiences.

Time will tell whether our little accidental film will continue its run on the festival circuit, but for now, we are grateful for the experiences we’ve had, the films we’ve seen, and the people we’ve met along the way. 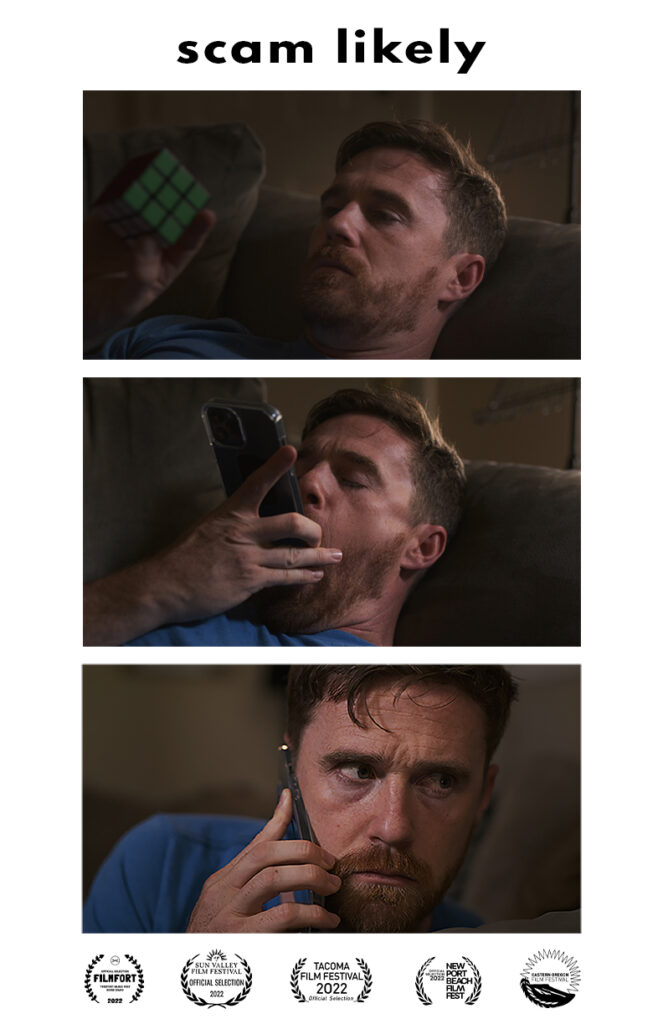